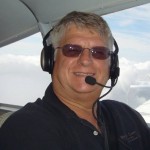 Lancair 300-series and IV/IV-P/ES and Legacy aircraft were originally equipped with a nose gear strut made by ESCO. The company is no longer in business, but there are a number of units still in operation among the Lancair fleet. These units require regular inspection and servicing.

We disassembled an ESCO nose strut from a IV-P at the 2011 LOBO event in Branson, MO to observe its multiple internal components and functions. Lancair has continued to maintain and upgrade these units for all owners, but does not sell replacement components or seals for owner-servicing. Lancair has also developed a form/fit/function replacement strut that is superior in design to the out-of-production ESCO struts. Because of the thousands of ESCO struts still in use, I'd like to pass on some servicing/testing recommendations that can help you maintain it, and to decide whether to send your strut back to Lancair for overhaul or upgrade.

NOTE: Chris Zavatson has made available to LOBO an excellent write-up on overhauling the hydraulic actuators used in Lancair aircraft. This is an excellent companion document to this one. Click here to read it or download a copy for your reference library.

The ESCO struts used on both 2- and 4-seat Lancairs (after the 200-series) have received three major modifications over the years. The first was to add an internal "centering" cam to straighten a cocked nose wheel during gear retraction. This centering cam functions as the strut fully extends when the nose wheel lifts during takeoff. The second was to change the dimensions of the parts making up the shimmy damper to allow the bottom of the strut (and nose wheel) to pivot 60 degrees either side of center, as compared to 45 degrees of pivot with the unmodified parts. Fifteen degrees of additional pivot doesn't sound like much, but it's enough to allow you to lock one main wheel and pivot around it—something you can't do with a 45 degree pivot limit. The third change was to add an external bracket at the base of the strut. Two versions are in use. The original requires flange removal to install. The newer version is a two piece design that can be mounted externally.

The pivot limits in both original and modified struts are established by an internal plate that's attached to the strut piston with two very small (#4) hardened cap screws. The cap screws are durable enough to hold during normal taxi and maneuvering with a standard Lancair hand tow bar, but are easily sheared by exceeding the pivot limit using a tractor with tow bar. The pivot limit plate also serves as a shimmy damper by restricting oil flow from one side of the strut cylinder to the other when the piston rotates within the cylinder. Shearing of the screws is not visible from the outside of the strut, nor will it cause an external leak, BUT THE SHIMMY DAMPING FUNCTION OF THE STRUT IS TOTALLY LOST. Lancair can provide a pivot limit decal, or you can make your own, but this, along with a "Hand Tow Only" decal are recommended if anyone but you will move the aircraft.

I recommend the following tests to: 1) determine if your strut incorporates the self-centering mechanism, 2) determine whether the shimmy damper is functional, and 3) determine the pivot limits of your nose strut. The instructions below assume you have the strut installed on an aircraft.

NOTE: You can test your strut "on the bench" by replicating the steps noted below with the strut in a vertical "normal operating" position. You can also accomplish the damper test without deflating the strut and removing the Schrader valve. You will need two flat metal plates (steel or aluminum thick enough not to flex) with grease between them. Place the greased plates under the nose gear and allow the aircraft weight to rest on them. Start at step 5 below, and adapt steps 6-11.

For the full procedure:

A lot of Lancairs are flying today with no centering function and a pivot limit of 45 degrees on the nose strut. Upgrading your strut to incorporate these functions is possible, but not mandatory. If, however, your strut has been damaged and has lost its active shimmy damping you are strongly encouraged to send it to Lancair for repair/overhaul. Without a functioning damper you will experience a nose gear shimmy sooner or later. Significant damage, including engine mount cracks and component failure leading to nose gear collapse, have resulted from nose wheel shimmy.

I'll leave you with a couple more servicing tips. Don't try to taxi your Lancair with a flat nose strut. The prop clearance is so little that you're asking for a strike. Take off with a flat nose strut will require acceleration to a higher speed, and therefore more runway, before you can rotate to take off attitude. A flat strut is often accompanied by oil leaking around the wheel. This indicates seal failure in most cases, and dictates removal and return to Lancair for overhaul/servicing in any case. A flat strut without oil present almost always indicates failure of the Schrader valve/valve base gasket. Fix this by checking the oil level per instructions above, replacing the valve (it's a special high pressure unit; available from Aircraft Spruce), replacing the base gasket if needed, and re-inflating with nitrogen. If it goes flat again, look for a crack in the strut assembly. The only ways the nitrogen can get out of an inflated strut are 1) through the inflation valve/valve base, 2) around the seals in the lower part of the strut (always accompanied by oil), 3) around the safety-wired bolts on the front of the strut (always accompanied by oil), 4) damper key screw retainer O-rings (inside the strut), and 5) a crack in the strut piston or cylinder (4 & 5 may or may not be accompanied by oil).

NOTE: This information is provided as a courtesy and on a voluntary basis. Neither LOBO nor the providing individuals take responsibility for the accuracy, completeness, or applicability to your aircraft or situation. Assess and use this information as you think best.