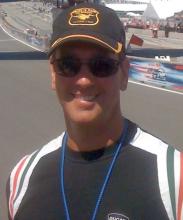 I recently flew a trip in my Propjet that was just one of those learning experiences we all have from time to time. I flew round-trip to Louisville, KY twice, bringing the wife of a close friend from Louisville to visit her husband in Memphis, then returning her to Louisville. They offered to pay the fuel costs, and I wanted to gain some time behind my new Garmin G3X instrument panel, so it seemed like a good opportunity.

I departed Memphis on a nice VFR day and made my way to Bowman field (KLOU). All operations were normal until weather in Louisville began deteriorating. The field went IFR as a rain shower passed overhead as I was vectored to final. I chose to fly a coupled approach, and since I’d practiced about a dozen approaches to KLOU in VFR conditions previously I didn’t expect any surprises. All the magic Garmin appliances worked perfectly, and I found myself cruising down final on speed, fully configured. I broke out on centerline at about 500' AGL and executed a decent landing on centerline. The runway had a layer of water on it and when I moved the throttle lever to beta—NOTHING! I applied the brakes and watched as the 4300' runway zipped quickly below me. I cycled the throttle aggressively, and on the second attempt beta engaged—aggressively. The airplane immediately hydroplaned, yawing 10-15 degrees off centerline, but tracking straight. I was hard on the brakes as I slowed to taxi speed and turned off the runway.

I parked and examined my tires. I’d hydroplaned and locked the brakes, causing some unusual flat spots. No cord was showing, but the surface of the rubber was blistered, indicating melting, with the center of the blisters feeling softer than the surrounding rubber. Something clicked deep in my brain, and I recalled a long-forgotten term: reverted rubber hydroplaning.

Since no cord was showing I felt I could fly the plane home to change the tires, but sought the advice of a local mechanic to be sure. He agreed the tires were serviceable, but suggested trimming the edges of the blistered treads to prevent further surface deterioration. I returned to Memphis, and his assessment proved correct—no further tire damage occurred (but I changed both tires anyway).

My second flight to KLOU was ops normal. With my passenger safely back in Louisville I was solo back to Memphis. Once airborne, however, the weather began to deteriorate again, with a nasty-looking line of cells forming between me and Memphis. I needed some time to come up with a better plan, so I climbed to FL280 to save fuel. I decided to just avoid the entire messy system, which required a slight deviation to the north, and by slight I mean 180 degrees from my intended heading!

The airplane was humming along smoothly, and I was enjoying the flight, at least until I recomputed the fuel situation. Uh oh. Headwinds (not in the forecast) and my slight weather-avoidance deviation had me arriving in the thunderstorm-filled skies above Memphis with 25 gallons of fuel on board. No way was that going to happen—time to make a plan B. This is where the G3X system really shines! Cape Girardeau has a long runway and was reporting good weather. That’d do nicely. I advised ATC of my intentions and they cleared me as requested. The arrival into KCGI was a bit of hand-flown, pure joy, ending with a smooth roll onto Rwy 10.

I taxied over and shut down in front of the FBO, then asked the ramp dude to top the wing tanks with Jet A. A check on the weather in Memphis yielded no good news, especially the “towering Q’s all quadrants” part. It seemed like a good time for some dinner. After eating, I checked the weather again—no change. Looked like I was staying the night in The Cape.

In the morning the weather had cleared up nicely, hinting at an easy VFR departure from The Cape. With my wing tanks full, and the weather shop promising a clear day, what could possibly go wrong? Following my standard preflight I fired up the Walter turbine. The lack of chatter on the radio suggested I was the only plane moving on the airfield. A routine taxi brought me to the end of a nice, long runway, and a takeoff clearance from the tower. With checklists complete I put the nosewheel on centerline and pushed up the throttle. That intoxicating BUZZ ensued, followed by an involuntary chuckle as the Propjet surged down the runway under HARD acceleration. At takeoff speed I smoothly rotated, and the Lancair leapt eagerly skyward—I was on my way.

Once safely airborne, I selected gear up…then…ZZZZZIPPPP!! My seat rail released and I slid all the way aft to the end of the adjustable limit. This instantly pulled my feet off the rudder pedals, and my left hand—still firmly grasping the stick—aft as well. What followed was an instant hard pitch-up with a simultaneous hard roll to the left. My natural reaction was to counter with a push forward on the stick. I quickly took my right hand off the throttle and engaged the autopilot, selecting “LVL,” and readjusted my seat. This was an impressive maneuver, and I never want to do it again!

After dodging thunderstorms, hydroplaning, replacing abused tires, rerouting to avoid more thunderstorms, fuel budgeting, surrendering to the thunderstorms and diverting overnight, and topping it all off nicely with a cherry of a seat malfunction during a critical phase of flight on top, I returned home unscathed.

Sometimes things just don’t go our way. The USAF says flexibility is the key to airpower, which is another way of saying cowardice in the face of overwhelming odds can sometimes be a virtue. Fly safely.