You're Not The Only Person Flying

Airports are like your neighborhood. At our little privately owned, public use airport we have 125 hangars and hundreds of airplanes, a couple of flight schools, a Part 135 operation, fueling facilities, an office, an aviation museum and more. Most importantly we have lots of people! I am sure there are many airports like it around the country. For the most part, these small airports are self-regulated. We pretty much live and let live around here. Right now, due to the flooding plaguing the Midwest, another nearby airport has largely relocated to our little place. We have become very crowded—mainly because a large local flight school came with that relocation. We are happy to help them out.

The floods are affecting our airport as well. Over 100 of our hangars now have water in them. Due to rising flood waters, some of us hosted the displaced aircraft, helped out relocating hangar stuff, etc. I currently have a Comanche in my hangar waiting for its own hangar to dry out. The flood waters are due to recede later this week, and my hangar appears to be spared.

Last week I found the Sonex pictured below parked on the grass next to my office blocking the taxiway.  No one in the FBO office knew anything about it. I was not happy because I planned to do a little flying that morning. Not only was it parked there but it was immobilized due to a busted tailwheel. I looked up the N number and called the pilot on his cell phone. I explained the taxiway situation and he apologized. I thought about my then not so neighborly attitude and immediately changed my tone. I told him I noted his tailwheel was busted and he explained that he and his wife were on a long cross country from the west coast to visit family in Ohio when it broke on landing. They were AOG far from home. He asked about a small shop here and asked if they could handle the repair. I assured him that they would do a good job. He and his wife arrived soon afterwards and I offered him hangar space but by then the shop was coming down to move the aircraft. The shop had to order a tailwheel assembly from Sonex and it would not arrive until the next day so he and his wife rented a car and continued their trip to Cincinnati to visit their son. I saw him again today as he was at the pump fueling the little bird to fly home. He is a homebuilder like us and works for a major aerospace company and he is planning on being at Airventure again this year. Nice gentleman, and I am glad I met him.

Do: Be cheerful and welcoming to strangers at your airport. An elderly man and his 17-year-old grandson mistakenly entered our office today looking for the flight school. Due to the floods I invited them in and gave them a seat and located the instructor. It was the grandson’s first flying lesson. I could have sent them to the FBO which has several inches of water in it but they did not have any waders or galoshes.  I wanted his first experience to be the best for him. Wet shoes would not have helped that situation.

Many times I have found Lancairs on the ramp overnight. Invariably, I wander out and introduce myself to the pilot and offer my hangar space for the evening (or longer). Only a few have taken me up on it, but I have made some great friends that way—especially Dr. Hassan Malik!

Rarely, someone experiences a grounding breakdown on the ramp, and I have spent some time assisting with tools, wrenching, etc. No one likes to be stranded, but the kindness of strangers goes a long way to ease the burden.

The don't list is long, but if you remember one thing, remember this: You are not the only pilot with the only aircraft in the universe. Be considerate of others! 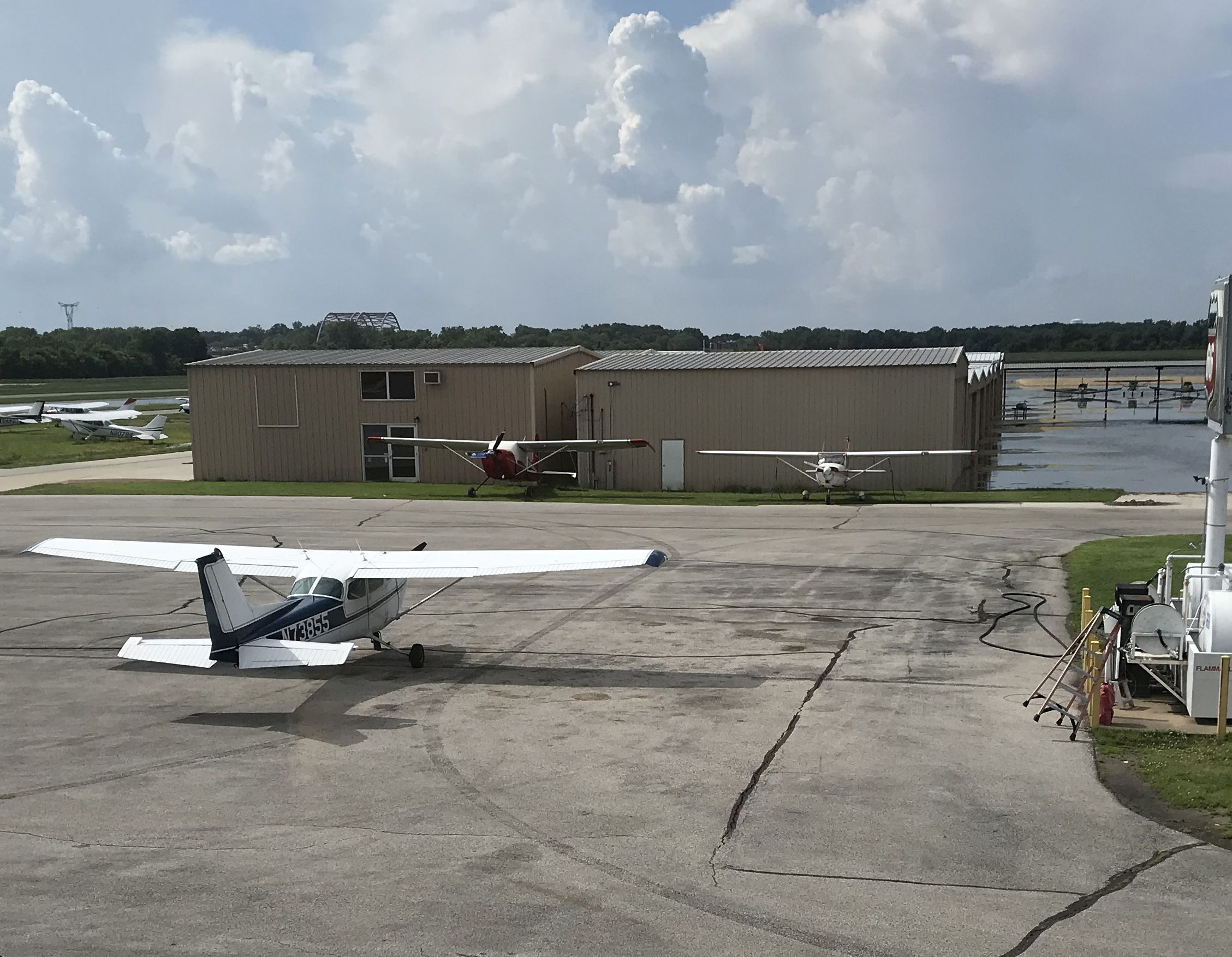 Finally, adjust your attitude and be a good neighbor!

For comments/questions on this post send an email to info [at] lancairowners.com.