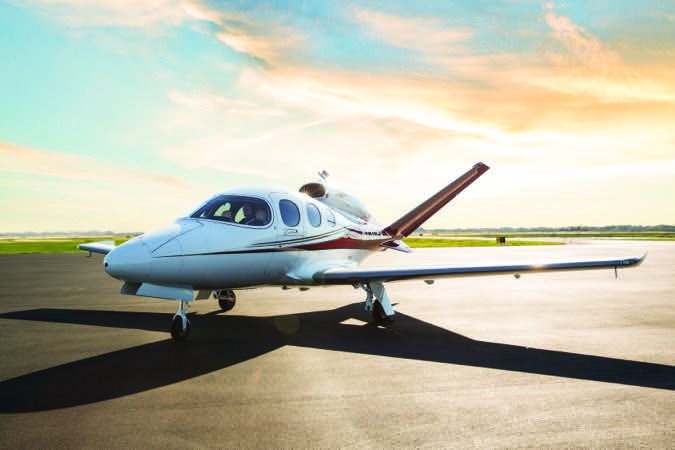 While most of us probably feel fortunate to be able to fly any kind of general aviation aircraft, most of us also have fantasies about owning and flying more expensive machines, including jets. A small number of us achieve that goal and obtain certification to operate small jets single-pilot. But the safety record of these operations is mixed. Some recent accidents point to gaps in the training and checking associated with single-pilot type ratings.

That said, the kinds of mistakes we make when operating jets single-pilot often have their roots in a basic failure to consider, plan for and mitigate the all-too-common factors present in a wide range of accidents. When flying a jet single-pilot, however, mistakes we might get away with when flying other, slower and less-expensive airplanes are more difficult to overcome, both despite and because of the jets’ capabilities. Let’s explore what that means and how to fix it.

It’s possible to jump from a Cirrus or a Bonanza right into single-pilot operation of a jet certificated for it. While a few pilots have done this, it’s more common to have progressed through multi-engine pistons or turboprops, or perhaps from a pressurized single. There are several reasons why the latter approach is desirable, which I’ll outline in a moment. My own transition to a single-pilot type rating in the Eclipse 500 followed a different path.

When I became Eclipse Aviation’s Director of Flight Training in 2005, one challenge I faced was to create a single-pilot type rating training program for that airplane while never having flown a jet single-pilot. All my jet experience prior to Eclipse had been in crewed operations. This included the Gulfstream III and IV, North American/Rockwell Sabreliner (NA-265), and Cessna 500/550 (two-pilot versions of the Citation I and II). I later became type-rated in the Cessna 500 and Beech 400 (BeechJet), and flew the Cessna 500/550 regularly as pilot-in-command. (Previous articles for Aviation Safety describing the program I ultimately created at Eclipse include “Single-Pilot Jet Safety,” May 2011, and “Manufacturer Mandates,” November 2016.)

I knew creating the program would be challenging, but I also knew the industry had already been down this path. Cessna pioneered civilian single-pilot jet operations in the 1970s with the Cessna 500/550 Citation series. The Cessna Citation 501SP was introduced in 1977 and was designed from the beginning to be flown single-pilot. Earlier Citations, the 500 and the 550, were transport category (Part 25) airplanes and required two pilots. Under certain conditions, they could be flown single-pilot with an FAA exemption.

The development of single-pilot jets entered a new phase around 2000 when numerous manufacturers announced very light jet programs designed to be operated single-pilot and appeal to owner-pilots. See the sidebar on the opposite page for some details (in the published magazine, requires a subscription to Aviation Safety Magazine-ed).

What Happened to the VLJ? 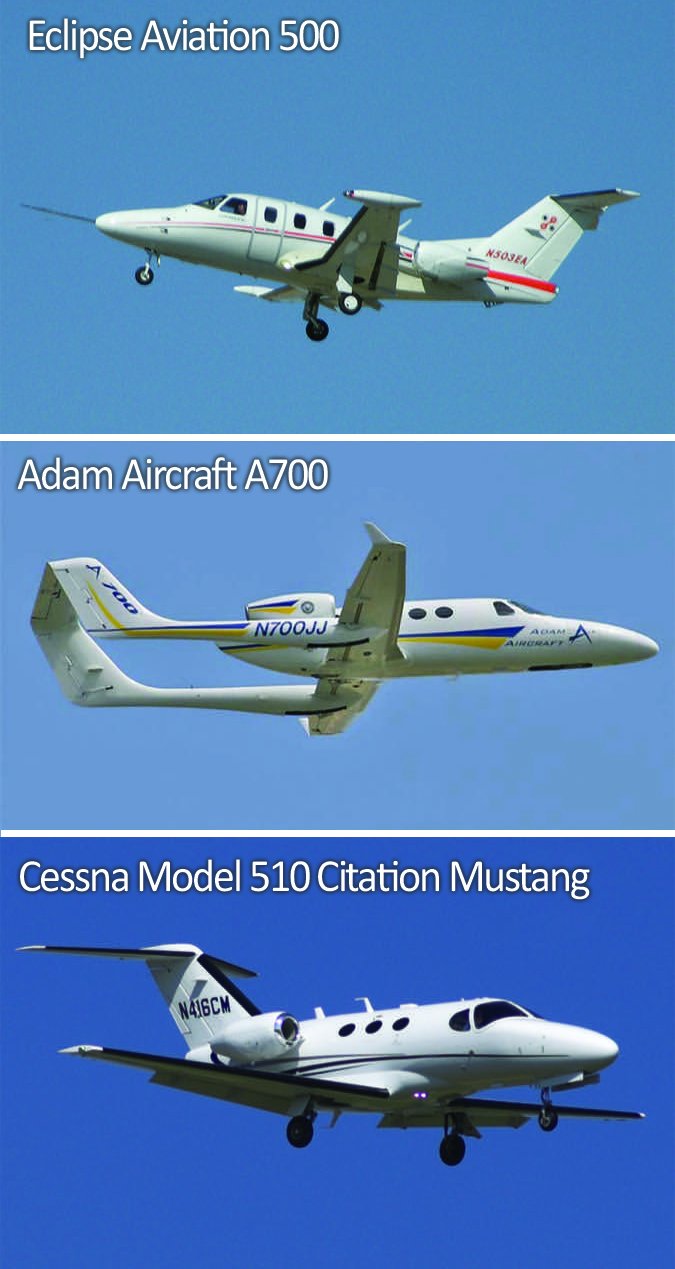 The Very Light Jet (VLJ) craze started around 2000, when Eclipse Aviation announced the Eclipse 500 at an introductory price of well under a million U.S. dollars. Soon other manufacturers, some existing and others brand new, announced plans for VLJ models. The main existing aircraft companies playing in this market were Cessna, with its Model 510 Mustang, and Embraer, which introduced the Phenom 100. While neither Cessna nor Embraer advertised their products as VLJs, Eclipse and many of the other upstarts touted the concept as revolutionary. Other than the Eclipse, however, none of these upstarts managed to certify a jet before going under, including Adam Aircraft and its proposed A700, pictured.

By 2009, the economy and collapse of financial markets set the business aircraft industry into a tailspin from which it has yet to fully recover. Adam Aircraft ceased operations in 2008; Eclipse Aviation managed to produce 260 airplanes before it closed its doors the following year. Its assets were later acquired by a new company, Eclipse Aerospace, which merged with Kestrel Aircraft in 2015 to form One Aviation.

Today, Embraer continues to produce its single-pilot Phenom 100 and 300 models. Cessna (now Textron Aviation) has discontinued the Mustang. Eclipse Aerospace and its successor One Aviation produced a few Eclipse 550 jets (the successor to the model 500), but announced in March 2017 that production would end in favor of the planned Eclipse 700/Project Canada.

Late last year, Cirrus Aircraft certified and began deliveries of its single-pilot, single-engine jet, the Vision SF50, pictured on the opposite page. Cirrus always termed its product a “personal jet” rather than a VLJ.

The VLJ models have had a good safety record, so far. The Mustang has not had any fatal accidents, while the sole Eclipse fatal occurred in South Africa and was apparently due to pilot incapacitation. The Phenom 100 also had a single fatal accident, but with far greater repercussions. See the sidebar on the following page for more.

When I arrived at Eclipse in November 2005, I knew the training program I created had to overcome several weaknesses in FAA regulations applying to single-pilot qualification in jets. These prominently included the following three provisions pertaining to initial qualification, supervised operating experience, and recurrent checking and training.

Type Rating Initial Training: Section 61.31 of the FARs prescribes the requirement for type-rating training in turbojets, including single-pilot operation. This section also covers several precursor operations that any turbojet pilot must comply with, either before or concurrent with type-rating training. These include the requirements for operating a complex airplane, high-performance airplanes and pressurized aircraft operating at high altitudes (see the article beginning on page 20). The biggest issue with these requirements is the minimal training required for typical turbojet operations in the high-altitude environment. This is further compounded by weaknesses in the type-rating practical test.

For example, the protocol described in the FAA’s Airline Transport Pilot and Type Rating Practical Test Standards (FAA-S-8081-5F) is strictly maneuver-based and could be conducted, if in an airplane, without flying in the flight levels. The new airman certification standards (ACS) that will replace this practical test may not change that, although they will implement important testing standards for risk management proficiency.

Supervised Operating Experience (SOE): FAR 61.64(g) requires applicants who do not already have turbojet experience (per FAR 61.64b) to receive a restricted type rating until they have completed 25 hours of supervised operating experience, or SOE. The SOE requirement, however, is not defined, nor is the evaluating experience of the SOE pilot defined. A newly type-rated pilot could merely fly circles around the airport on a sunny day with any person holding a type rating in that aircraft sitting in the right seat.

Pilot In Command (PIC) Proficiency Check: FAR 61.58 requires an annual proficiency check for the PIC of aircraft requiring more than one pilot and for any turbojet. This regulation was tightened in 2012 to add the requirement for any turbojet, since prior to that time, the annual check was not required for single-pilot jets—a flight review every two years in a Cessna 150 sufficed to maintain your PIC qualification. Even with the closing of that loophole, the annual PIC check suffers from the same deficiencies as the initial practical test. The check is maneuver-based and does not require the PIC to take any formal recurrent training besides the check itself.

You may think that insurance requirements would require more than this bare minimum of training. This often is the case, but in today’s competitive insurance market, it’s possible to negotiate minimal training requirements. At Eclipse, we attempted to develop a total qualification program that included rigorous training prerequisites before type-rating training even began. In addition, the type-rating program included a heavy dose of single-pilot resource management (SRM) and scenario-based training. We used highly qualified “mentor pilots” to conduct the required SOE and specified what it should include. We also specified minimum requirements for recurrent training. All of this was backed up with an airplane flight manual limitation requiring the pilot to adhere to this program.

Although I am pleased that the Eclipse safety record has been a good one, so far, there have been some disturbing single-pilot jet accidents, described in the sidebar below, suggesting that pilot training and qualification deficiencies for single-pilot operation may be widespread. 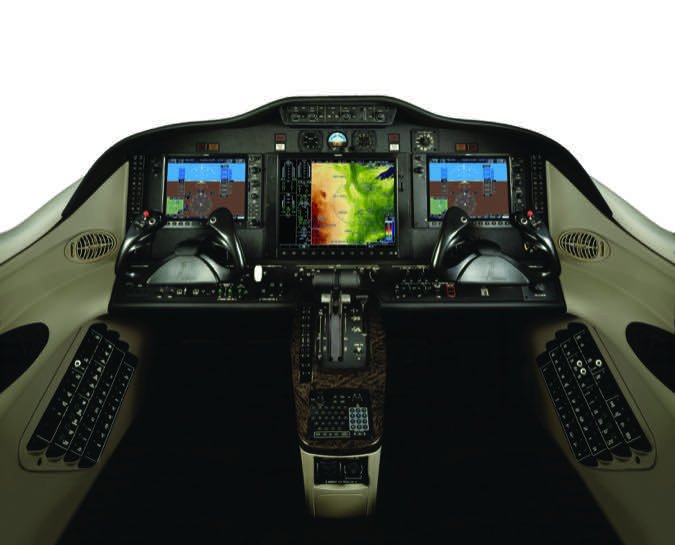 The root causes of several single-pilot jet accidents occurring in the last several years indicate there may be a deficiency in certain critical skills needed to operate these aircraft safely.

After rushing start and taxi operations, the pilot reported an attitude indicator failure on initial climb. The facts suggest poor risk management, automation management, and task and workload management, as well as a loss of situational awareness, resulting in a loss of control.

The aircraft had been in icing conditions, but the pilot failed to activate the deicing system. As a result, the aircraft stalled short of the runway, killing the pilot and two passengers, plus a mother and two children on the ground. The NTSB suggested training and checking deficiencies. 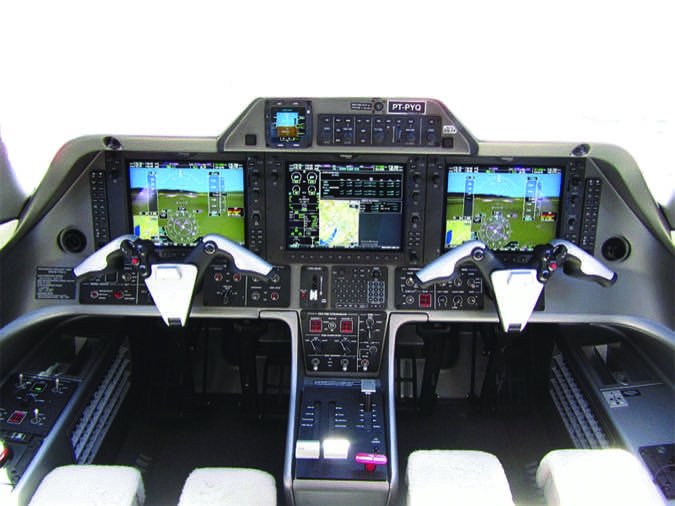 The fatal single-pilot jet accidents described in the sidebar below all suggest the pilots involved may have had insufficient SRM skills for the conditions experienced on those flights. These SRM elements include the following skill sets.

Risk Management: This important skill is now included in the new ACS documents for pilot certificates and ratings. The ATP and type rating ACS likely will be issued in early 2019. At that point, all applicants for single-pilot jet type ratings will have to demonstrate the ability to identify, assess and mitigate risk for all tasks and objectives on the practical test. They will also need to demonstrate these skills during their annual proficiency checks.

Automation Management: It’s impossible to safely operate a jet without absolute proficiency in operating the autopilot, FMS and other automated systems. This is especially so for single-pilot operations. Automation proficiency includes knowing when not to use the automation and proficiency in manual flying without any automation.

Task And Workload Management: Flying any jet means complying with all procedures, managing workload for each phase of flight, managing more complex systems, and keeping ahead of an airplane traveling at twice the speed of the fastest small piston-engine aircraft. Again, this is especially so for single-pilot aircraft.

Maintaining Situation Awareness (SA): Having good SA is a skill that should be learned early on in one’s flying career, but it is essential to single-pilot operation of a jet. Awareness of weather, terrain, airspace, traffic and aircraft system performance/configuration is necessary in all flight conditions.

Cessna’s Citation series has achieved a remarkable safety record, but it took a big hit on August 2, 1979, when noted baseball celebrity Thurman Munson was killed while piloting his Cessna Citation 501SP during a landing approach at the Akron-Canton airport in Ohio. His flying career had begun less than 18 months earlier, followed by rapid upgrades from single-engine Cessnas to a Beech Duke pressurized piston twin and then the Cessna Citation. He had accumulated some 500 hours of total time as a pilot.

The NTSB’s final report on the accident cited “…the pilot’s failure…to take action to…prevent a stall” and “…to prevent the stall during an approach conducted inadvertently without flaps extended.” The NTSB also cited, as contributing factors, the pilot’s “failure to use the appropriate checklist” and “his non-standard pattern procedures which resulted in an abnormal approach profile.”

The accident generated considerable debate about the potential dangers in allowing non-professional pilots to operate jets single-pilot. It did not, however, dent the popularity of the Cessna 500 series or its single-pilot variants. In fact, beginning in 1993, Cessna introduced the model 525 Citation Jet series of aircraft, which was designed from the beginning to be operated single-pilot.

Charting your own path

If you are planning to operate a jet single-pilot or are already doing so, the following suggestions may help overcome weaknesses in the FARs:

Robert Wright is a former FAA executive and President of Wright Aviation Solutions LLC. He is also a 9700-hour ATP with four jet type ratings and holds a Flight Instructor Certificate. His opinions in this article do not necessarily represent those of clients or other organizations that he represents.